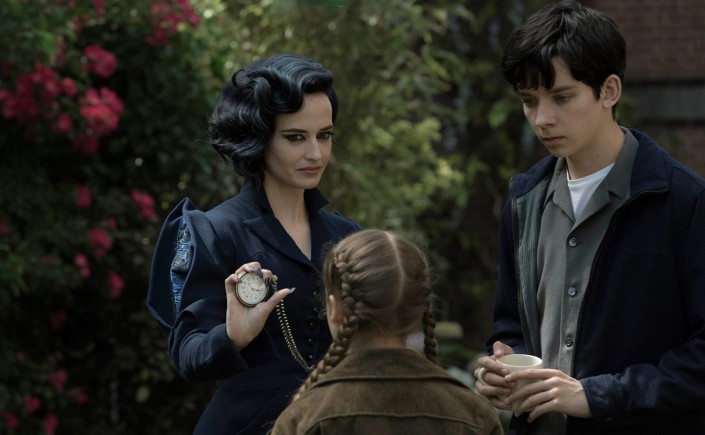 Fool us once Burton, shame on you…fool us nine consecutive times…shame on everyone!

Hooked On Film recently compiled a list of the best Tim Burton-directed movies without Johnny Depp and/or Helena Bonham Carter. It was a small list, for sure. Indeed, his better movies avoid Depp and Carter’s white-faced antics in favour of depth and resonance.

Sadly, Miss Peregrine’s Home for Peculiar Children sorely misses the spark set by Burton’s earlier works. Based on Ransom Riggs’ book of the same name, the movie kicks off with 16-year-old nobody Jake (Asa Butterfield) living a sad existence in Florida. With his parents lacking care, Jake gravitates to his grandfather Abe (Terence Stamp). After tragedy strikes, Jake goes to his grandfather’s childhood homestead in Wales. However, an army of monsters and overlords, led by neon-eyed baddie Mr Barron (Samuel L Jackson), are hot on his trail.

Burton, at the beginning of his career, created acclaimed fantasy-family works with darkness, depth and delights. Over the past decade, several useless remakes have tarred his reputation. In true Burton tradition, Jake falls down a rabbit hole into a fluffy, whimsical parallel universe. This time around, our protagonist finds a school filled with superpowered beings, led by Miss Peregrine (Eva Green).

In a Burton picture, the real world is disdainful. His human characters are always unlikeable and two dimensional. These scenes do little but express Burton’s impatience – yearning to get to the wacky otherworldly counterparts. Miss Peregrine’s Home for Peculiar Children is no different. In fact, it’s a patchwork of tried and true Burton clichés.  At the very least, the production design, score and cinematography carry Burton’s latest feature throughout every cringe-worthy, sappy second.

The movie begins promisingly. Jake and Abe’s relationship convey Burton’s finer touches. Sadly, as Jake becomes more involved, useless exposition and world building bog down Jane Goldman’s screenplay. Almost every scene is ‘tell’ instead of ‘show’. Instead of building stakes or character development, the majority of the dialogue explains the rules of this time travelling, magical world. Going further into the void, the narrative becomes a blur of silly names and overcomplicated plot points. The final third is particularly lazy; devolving into a clunky, CGI-laden fight sequence between our magical factions. Indeed, the further down the rabbit hole it goes, the more of a mish mash it becomes. Even Butterfield, Green, Jackson, Rupert Everett, Ella Purnell and Judi Dench can’t make this behemoth interesting.

Miss Peregrine’s Home for Peculiar Children is a joyless, flavourless jumble of Burton’s oeuvre. The once brilliant and imaginative filmmaker is now a shell of his former self. Like M. Night Shyamalan, this once-great talent takes promising material and delivers uneven stories, poor performances, tacky visuals and laughable moments. Oh, how the mighty have fallen.